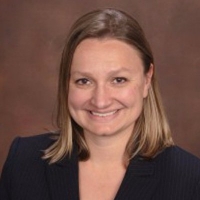 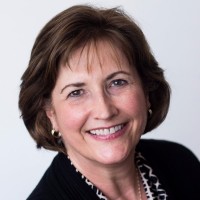 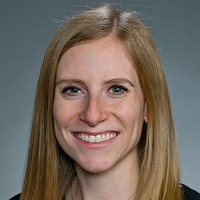 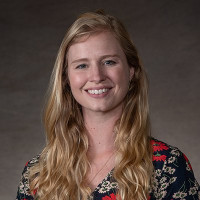 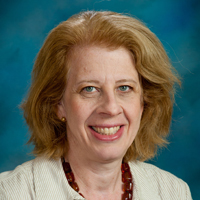 Eric Bono is the Assistant Dean for Career Opportunities at the University of Denver Sturm College of Law and has a diverse background practicing law and working in higher education. Eric worked at the University of Colorado Law School from 2006 – 2011 where he served as the Director for the Private Sector and Judicial Clerkships in Colorado Law’s Office of Career Development. Before that, he practiced general litigation and employment law in Denver at the law firms of Holme Roberts & Owen and Baird & Kiovsky. Prior to law school, Eric was an Admissions Counselor at Capital University in Columbus, Ohio and an Assistant Director of Admissions at Denison University in Granville, Ohio. In his spare time, Eric enjoys skiing, mountain biking, and spending time with his family.
Education:
J.D. Ohio State University 2001
B.A. Denison University 1995 summa cum laude

Elise Logemann is the Assistant Director for Public Service Career Opportunities. She has experience advising on a variety of public interest careers including those in government agencies, non-profits, and public interest firms. Having worked as a public defender, civil rights lawyer, and juvenile attorney in government, private, and non-profit settings, Elise has significant professional contacts in these areas in Colorado and nationally.

Elise began her career as a public defender with the Public Defender Service in Washington, D.C., where she represented juveniles and adults charged with felonies. She then joined the New York City law firm Beldock, Levine, and Hoffman, where she represented plaintiffs in civil rights lawsuits against the police department and the city. Elise then returned to Colorado, her home state, where she was a trial attorney in the Colorado Springs Office of the Colorado State Public Defender, before becoming the Executive Director of the Colorado Juvenile Defender Center (CJDC), a nonprofit dedicated to ensuring excellence in juvenile defense and advocacy and justice for all children in Colorado. Prior to joining the Office of Career Development & Opportunities, Elise went into private practice, representing juveniles charged with crimes in adult and juvenile court as Alternate Defense Counsel. Elise is the Chair of the Juvenile Section of the Colorado Bar Association and previously taught a Holistic Juvenile Defense Seminar for the University of Denver Sturm College of Law.

Samantha is a career consultant with a focus on private sector employment opportunities. She has experience advising on a variety of private sector careers, and has contacts in both large and small firms in Denver.

Prior to joining the CDO, Samantha practiced family law at several small firms in Denver. Originally from Ohio, Samantha made her way to Colorado for a summer externship with the Denver City Attorney’s Office, Prosecution & Code Enforcement Section. Following graduation, Samantha performed legal research and docketing at Holland & Hart, LLP before practicing family law. While in law school, Samantha served as an assistant editor on the Law Review, and her note, U.S. v. Mobley: Another Failure in Crime of Violence Analysis, was published in the Akron Law Review. Samantha was also a member of the Moot Court Family Law Competition Team, and was awarded the Ernest Karam Award for Academic Excellence. Samantha currently serves as secretary on the Board of Directors for the Metro Denver Interdisciplinary Committee (MDIC), and is a member of the Colorado and Denver Bar Associations.

Ivey London is a career consultant with a focus on private sector employment opportunities. She has experience working with and mentoring law students in a large firm atmosphere and has contacts in both large and small firms.

Prior to joining the CDO, Ivey was a recruiter for Sherman & Howard L.L.C. As the attorney recruitment and development coordinator, she recruited, hired and delivered training programs for one of Denver’s premier law firms. She designed and directed the summer associate program, including assignment oversight, networking events, mentorship, and performance evaluations. Ivey also has experience teaching ESL. Following graduation from the College of Charleston, she spent a year and a half teaching English to adults in Vietnam. Ivey is originally from Birmingham, Alabama.

B.A. in Communications, College of Charleston

Andrea Montague received her B.A. in Political Science from George Washington University and her J.D. from Brooklyn Law School. Between college and law school, Andrea worked as a Legislative Aide for the New York City Council.

While in law school, Andrea was a recipient of the Edward A. Sparer Public Interest Law Fellowship, and interned at the National Organization for Women Legal Defense Fund. Andrea also interned at the Second Judicial Department, Appellate Term of the New York State Supreme Court, and the Sex Crimes Unit of the Brooklyn District Attorney’s Office. Andrea successfully competed in the Moot Court Honor Society’s Wagner Labor Law Competition and was also awarded the Carole Mehlman Gould Prize for her work as a law student in the area of women’s rights.

After graduation, Andrea clerked for Judge Margaret Cammer of Brooklyn Civil Court where she worked on both criminal and civil cases, and then spent a year in New Zealand working for a barrister litigating product liability claims. Upon returning to the United States, Andrea worked as an attorney for the U.S. Department of Education, Office for Civil Rights. Prior to joining the Office of Career Development & Opportunities, Andrea worked for a small Denver law firm in the area of trusts and estates, family law, and intergovernmental affairs. Andrea can be reached at 303.871.6392.

Judy Stein received her B.A. with Honors in Comparative Literature from Northwestern University and her J.D. from University of Colorado School of Law. While in law school, Judy was a law clerk for the Appellate Division of the Colorado State Public Defender Office.

After law school, Judy clerked for the Honorable Roxanne Bailin of the Twentieth Judicial District of Colorado in Boulder where she worked on civil and criminal cases. She then went to work as a Staff Attorney in the Family and Children’s Unit for the Legal Aid Society of Metropolitan Denver, now known as Colorado Legal Services. Judy has also served on the Board of Directors of non-profit organizations and worked as a pro bono attorney for The Rocky Mountain Children’s Law Center and the Rocky Mountain Immigrant Advocacy Network.

Business Intelligence Officer - Expertise in Symplicity as well as other technical areas, including social media and database management.

Colin Lambert received his B.A. in Computer Information Systems from American University in 2002. After completing college, Colin stayed at American University to start his career as a Web Developer for the International Students Office. After one year, Colin started to work for the AU Career Center eventually becoming the Manager of Information Technology. During his eight years in that position, Colin helped to launch the Symplicity system in the office and became the administrator. Colin then was hired to be a Systems Developer/Project Manager for American University’s I.T. department. His time there was short lived, however, as he and his wife decided to move out west to Denver a year later.

Colin’s role in the Career Development Office draws upon his expertise in Symplicity as well as other technical areas, including social media and database management.
Outside of work, Colin is an avid soccer and football fan and enjoys going home to his homeland, Trinidad and Tobago, to visit his parents.